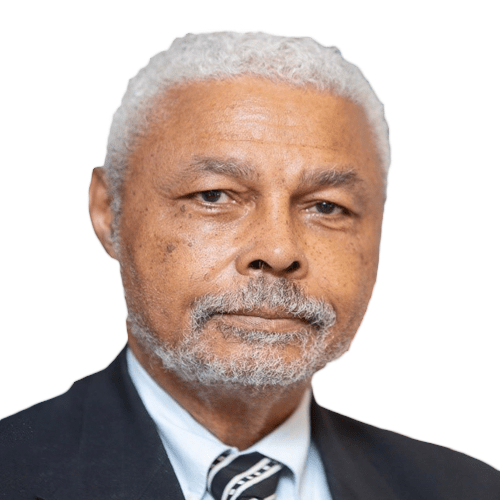 Ambassador Charles A. Ray, a member of the Board of Trustees and Chair of the Africa Program at the Foreign Policy Research Institute, served as U.S. Ambassador to the Kingdom of Cambodia and the Republic of Zimbabwe. In addition, he was the first U.S. Consul General to Ho Chi Minh City, Vietnam, opening the Consulate General there in 1998.

From 2006 to 2009, he served as Deputy Assistant Secretary of Defense for POW/Missing Personnel Affairs, responsible for DoD efforts to account for those missing in combat from World War II to the then current conflicts and for policy related to the rescue of personnel who become isolated, missing, or taken in service abroad.

During his diplomatic career, Mr. Ray served as deputy chief of mission in Freetown, Sierra Leone, and at consular posts in Guangzhou and Shenyang, China, and Chiang Mai, Thailand. He was diplomat-in-residence at the University of Houston during the 2005-2006 academic year; responsible for outreach and recruiting at colleges and universities in South Texas.

Prior to joining the Foreign Service in 1982, he served 20 years in the United States Army, with postings in Europe and Asia, including two tours in Vietnam during the war. He retired in 2012 from the Foreign Service and is now engaged in consulting, public speaking, and writing. He is the author of more than 30 works of fiction and nonfiction, including a historical series about the Buffalo Soldiers, the African-American soldiers who served on the western frontier, and is the author of an Amazon best-selling mountain man adventure series. His nonfiction works include books and articles on management, leadership, international relations, and history. He is the author of over 250 works of fiction and nonfiction.

In addition to his government service, Mr.Ray has worked as a newspaper/magazine journalist, photographer, and artist, and was editorial cartoonist for the Spring Lake (NC) News, a weekly newspaper in central North Carolina during most of the mid to late-1970s.

He has a B.S. in business administration from Benedictine College, in Atchison, Kansas; an M.S. in systems management from the University of Southern California; and an M.S. in national security strategy from the National Defense University. In 2001, he received the Thomas Jefferson Award from American Citizens Abroad (ACA) for his work in support of American business in southern Vietnam.